This is a three-part series. Two cover the Israeli perspectives on business with the UK, and the third will cover advice for Israeli businesses trying to get UK leads.

Over the last few days I've been interviewing a selection of people who have been involved, one way or another, with selling to the UK, USA and the rest of the world. Where do Israeli's believe the UK succeeds better than Israel, and vice versa? Are we easy to work with? Do we make things easy for other cultures? The people interviewed have held a variety of positions in Israel and all have worked with the UK and USA. Some worked in international sales whilst others ran their own start-up or actually lived in the UK for some time.

The findings are very interesting. While there are common themes across all the people interviewed, there are also distinct differences of opinion in certain areas. Either way, all the findings are of course anonymous but also aggregated into core themes. Where a common theme is shared between people I will describe that view once, but convey the strength to which that view is held by people.

Thanks very much to all those who gave their time to meet with me. Thank you as well to everyone who said the British drink an 'impressive' amount - this makes us proud.

Now, on to the findings.

I would say the biggest difference is that with Israeli's what you see is what you get. Israeli's say what they think. The British are polite to a fault and avoid confrontation. As an Israeli I have no clue what the person on the other side of the table thinks, and it makes it difficult to build connections.

Everyone I spoke with said that people from the UK (but also Americans, to a degree) have a 'face' or 'mask' they wear when speaking to sales people or people pitching ideas. I recognise that it is a part of our own culture to not wish to disappoint people or invite any form of conversational challenge or confrontation - and people here agree. In any kind of pitch or request for feedback, honesty is critical, even if that honesty means negative news for the recipient.

An example of the problem is when a Start-Up pitches to a UK audience, everyone will smile, nod and thank them for presenting. When the pitcher asks if there are any possibilities for progression or feedback, results may include:

Rarely will you get the honest answer and the meaning which hides behind all of the points above - we're not interested, we don't think it's a good idea, we don't have the resource to try this, this isn't a good solution.

This isn't us wanting to seem misleading. It is just difficult to say something potentially disappointing to somebody, so we try to disguise it. Most British people reading those first sentences would probably have caught onto the idea that the person saying them wasn't interested - just by the wording. For foreigners who don't necessarily understand the nuances, the words are taken at face value - and they'd seem encouraging!

In the UK you get this bizarre situation that everyone around a table may seem to agree on an idea or come across as interested. Yet they don't call back... it was just smiling and nodding for the sake of it. Contrarily in Israel, the culture of speaking your mind means that is exactly what will happen. In the UK we have 'constructive criticism' which, when thinking about it, is highly symbolic of our culture. Take the concept of criticism, something many people perceive as an unpleasant experience, and put a positive spin on it - 'constructive'.

Honestly, having seen both sides of the fence now, the Israeli way does make more sense. People get told the truth, so their time is not wasted and they can invest it elsewhere either by making improvements or trying other businesses. It may not be pleasant delivering bad news, but if you've been raised with that behaviour being the norm, then it certainly does seem more efficient.

There is a trust factor to consider. If someone from a failed start-up didn't get easy or honest feedback from you, they won't even bother visiting you if they do another StartUp. You'll be missing out. What you want is a reputation for being a UK organisation that delivers honest and critical feedback to foreign StartUps.

The Israeli's I'd spoken to who had worked directly with the British or inside British companies said there is not enough push or drive to get things done. The pace of work was too slow, or the enthusiasm was lacking.

Since the British are not a failure-tolerant culture, we are typically very rigorously organised and follow policy, practice and use governance to 'cover' ourselves. The upside of formality is you have more control of processes and there is less left to fate or circumstance. More things are executed as planned with fewer surprises. The resultant cost of this behaviour is that technology and businesses move slowly compared to their smaller or more agile competitors. The overall challenge is how do you implement technologies properly, but not get left behind the curve?

Of course, when you move very quickly you make more mistakes. From the Israeli customer's perspective, rapidly adopting things means they often don't work out first time around. Technologies are not tailored and money is wasted easily. From the vendor's perspective, agile-oriented is better than process-oriented as development occurs 'faster'. Yet functionality often comes at the cost of stability and good scaling or performance.

One of the interviewees summed it up very well - Being Fast is Not Free.

Israeli's tend to favour the faster moving dynamic since they have a 'failure tolerant culture'. UK people don't like to go out of their way or broach risk to try new things.

We let people fail in the army, this is where it starts. By design they will fail, we create scenarios we believe to be impossible on purpose. It is a great thing to hire someone who has failed - this gives them a huge advantage over someone who is inexperienced.

The general consensus I got from the interviews was that the Israeli's consider themselves to be good at running tasks in parallel. By being able to quickly switch between their own roles plus dipping into and out of the roles of their colleagues, Start-Up development can be achieved at a faster pace. It makes driving things forward easier.

However, when flipping the question over slightly the view was that by being a bit more narrow-sighted and stricter on our own job roles than the Israeli's, the Brits are better at achieving more and being more specialist in their particular fields. The Israeli lack of organisation can sometimes lead to 'quite a mess'.

A shared view was that both the U.S. and the U.K. suffer from political correctness (which is a laughable concept in Israel). Apparently the British are a bit less formal than the Americans during business engagements, events or interpersonal relations in general. The U.S. has more of a rank-driven culture which follows influence from the top. For example with meetings in the U.S. that take place in a stereotypical 'boardroom' environment, the Americans will look around and defer to the 'higher ranking' person at the table to see their opinion. According to the Israeli's interviewed, the British appear much more comfortable and free to speak their own thoughts and share their ideas openly. Even if the views are contrary to those of their superiors.

Within Israel itself, there is total informality with very little to no distance between ranks or the hierarchy. There is not really much hierarchy to begin with, unlike the UK where everything is about class. A comment made was "In the UK, just the act of speaking reveals your class." As a result of the classlessness the Israeli's are happier to try new things. Some industrial verticals in Israel are more paranoid than others (Defense, Finance, etc.) but generally businesses can interact quickly and easily.

Moving Up and Scaling Up

One of the people interviewed had worked in the UK for a year at a small high-street retailer, which gave them a great perspective on the business world of both nations.

Having said that, another fantastic perspective I got was that the High-Tech and Low-Tech cultures in Israel are at a stark contrast. For example if you were to go into working at the Port of Haifa at 21, you'll adopt the 9-5 mentality that is stereotyped across most of the western world and stay in that company for a long time. There are Unions to help maintain employee satisfaction and stability, plus the organisation as a whole is less capitalist. Conversely the High-Tech world is characterised by frequent job changes - regardless of age - and it is less to do with the business or technology being worked on (Security, FinTech, BizDev). All tech-related environments experience the same rapid churn, which is driven by Start-Ups opening and closing constantly across Israel. That churn drives and forces people to move jobs regularly.

I was also told there is a slight ageism issue in the Start-Up scene of High-Tech. Typically, people hired for Sales roles are older, and those for R&D are younger. There are fewer older R&D employees, and it was suggested to me that maybe "they've done it before" and seen that life already, now they prefer to do sales. From that perspective it is less about age and more about the career itself.

Basically, meet the minimum requirement of five years experience, be young, smart, and you'll do okay.

The notion of scaling up is a recent development in the ecosystem. Today Israel is seen to have 'serial entrepreneurs' who have already gone through a 'sell to the highest bidder' exit, and now wish to grow with the company. An indication of this can be seen in Israeli companies expanding through mergers and acquisitions - more private equity deals and higher exit values.

Finally on the topic of scaling up rather than 'selling up', someone from a rapidly growing Cyber start-up said:

Scaling up for us is ideal, we are aiming for sustainability and not just selling to the highest bidder. This is a journey that I want to experience. I've been here since the early days and was one of the first employees - I don't want us to be acquired. That would ruin the special culture we've developed here.

That's all for this post, the next one will be of equal length and carry on from where we left off here.

The content of this article is personal with thoughts, anecdotes and observation and contributions from people who participated in one-on-one interviews. They do not reflect the position or view of my employer. 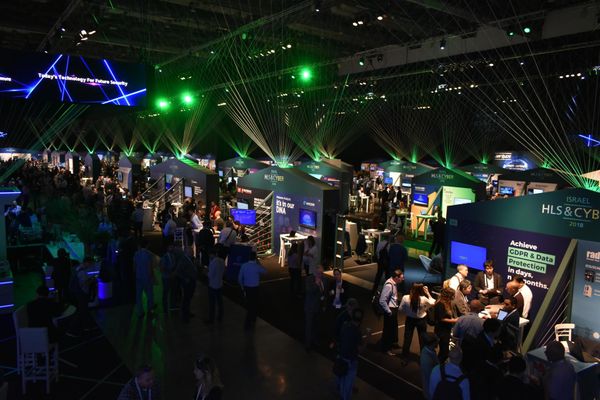 Carrying on from my previous post, here is the second part of the breakdown from several interviews with Israeli's who have engaged with business in the UK. Israelis Know EverythingAn 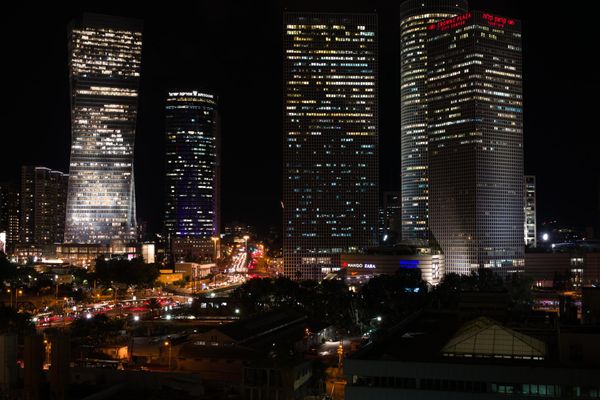 I spent most of the last week with Hysolate, another one of the Team8 companies I'm visiting during my stay in Israel. In a nutshell, Hysolate produce a specialist Hypervisor